Mitakuye Oyasin – {Lakota} “We Are All Related”

Many moons ago a young girl walked into the woods to play. It was a warm and sunny day with a gentle breeze in the air. As she explored her secret world, she heard the faint sound of a beating drum. The rhythmic beat was relaxing and so she sat against a willow tree and drifted off to sleep.

As the young girl slept, she dreamt of her secret woods and again heard the faint beating of a drum. She was drawn to the sound and walked toward it. A hawk flew above, guiding the way. Ahead in the clearing a black wolf appeared. He was large compared to her with a shiny black coat and golden eyes that seemed to illuminate in the sun. He stood motionless, as did she. In the distance an Indian stood, watching the girl and the wolf.

The young girl was not scared of the wolf nor the Indian; she was drawn to them. And as the drum continued to beat she walked toward the wolf.

She stood before him and he lowered his head before nuzzling into her arms. She knelt down and looked into his golden eyes. Without a word aloud, he spoke to her and she understood. In that moment she knew she was a part of them. The Indian raised his hand and the wolf turned to leave.

The young girl awoke from her dream and stood in the woods. She turned, expecting to see the wolf but she was alone….

…Years passed and the young girl grew up. She forgot about the wolf and Indian in her dream.

Then one day the now woman came to a dark place in her life. Feeling lost and alone, she fell asleep crying and drifted off into a dream. And in that dream the woman was given a vision. In the distance, she heard the beating of the drum. The black wolf came to her again. His golden eyes illuminated and pierced the darkness. Again in the distance the Indian stood silent.

In her sleep, the woman flashed back to her childhood and remembered that day in the woods. She knew that although she wandered, she was not alone – she was not lost. Through his eyes, the black wolf told her that he walked within her.

She awoke and again looked for the black wolf but this time she remembered… She looked within herself and found him….And she breathed in a new breath.

That woman now understands who she is. She is one with the black wolf and the Indian…And they are a part of her soul.

If you do not walk with the animals, you will not know them –

And what you do not know, you will fear –

And what you fear, you will destroy.

I walk with the Black Wolf.

5 thoughts on “The Story of Black Wolf” 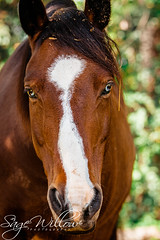 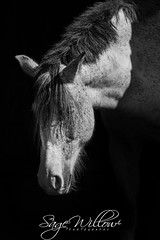