I walk with the Spirit of the wolf.

I have been drawn to wolves since I was a young girl and have always felt a connection to them. There are many stories throughout history about the wolf and where the wolf came from. I have read that while the wolf has always been a part of Native American culture, the Pawnee Nation has one of the closest associations with the wolf. This excerpt explains their connection:

The Pawnee felt such a close kinship that their hand-signal for wolf is the same as the hand-signal for Pawnee. They were known as the Wolf People even by neighboring tribes. The cyclical appearance and disappearance of Sirius, the Wolf Star, indicated the wolf coming and going from the spirit world, running down the trail of the Wolf Road, otherwise known as the Milky Way. The Blackfoot tribe also called our galaxy the Wolf Trail, or the Route to Heaven. The Pawnee, like the Hidatsa and Oto tribes, used wolf bundles, pouches of skins from wolves in which to keep and protect treasured implements used for ceremonies and magic.

The following story, The Pawnee Creation Legend, comes from the book, “Of Wolves and Men” by Barry Holstun Lopez pg 133

It is told in the creation legend of the Pawnee that a great council was held to which all the animals were invited. For a reason no one remembers, the brightest star in the southern sky, the Wolf Star, was not invited. He watched from a distance, silent and angry, while everyone else decided how to make the earth. In the time after the great council the Wolf Star directed his resentment over this bad treatment at The Storm that Comes out of the West, who had been charged by the others with going around the earth, seeing to it that things went well. Storm carried a whirlwind bag with him as he travelled, inside of which were the first people. When he stopped to rest in the evening he would let the people out and they would set up camp and hunt buffalo.

One time the Wolf Star sent a gray wolf down to follow Storm around. Storm fell asleep and the wolf stole his whirlwind bag, thinking there might be something good to eat inside. He ran far away with it. When he opened it, all the people ran out. They set up camp but, suddenly, looking around, they saw there were no buffalo to hunt. When they realized it was a wolf and not Storm that had let them out of the bag they were very angry. They ran the wolf down and killed him.

When The Storm that Comes out of the West located the first people and saw what they had done he was very sad. He told them that by killing the wolf they had brought death into the world. That had not been the plan, but now it was this way.

The Storm that Comes out of the West told them to skin the wolf and make a sacred bundle with the pelt, enclosing in it the things that would always bring back the memory of what had happened. Thereafter, he told them, they would be known as the wolf people, the Skidi Pawnee.

The Wolf Star watched all this from the southern sky. The Pawnee call this star Fools the Wolves, because it rises just before the morning star and tricks the wolves into howling before the first light. In this way the Wolf Star continues to remind people that when it came time to build the earth, he was forgotten.

From this Pawnee legend, I learned about Sirius, “The Dog or Wolf” Star.

“Wolf is the Grand Teacher. Wolf is the sage, who after many winters upon the sacred path and seeking the ways of wisdom, returns to share new knowledge with the tribe. Wolf is both the radical and the traditional in the same breath. When the Wolf walks by you-you will remember.” -Robert Ghost Wolf

3 thoughts on “Sirius, The Wolf Star” 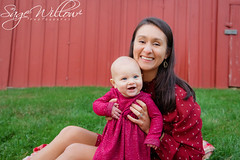 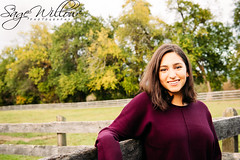