Do you remember your dreams anymore? Do you awaken from sleep with no recollection or do you still have those dreams that leave you struggling to define what was real and what was “but a dream?” Are dreams a part of us or are they just made up stories that bear no meaning in our lives?

I believe our dreams ARE an integral part of ourselves. They are a part of our subconscious and they deliver messages our waking minds can’t always receive. And depending on our ability to receive those messages, the veil between the world of dreams and the waking world can be very thin.

Dreams may have an effect on our waking world, depending on the strength of the message. How many times have you carried a dream with you throughout your waking day, unable to forget it?

Do you think it’s possible while dreaming to receive visits from those in Spirit who’ve crossed over? How about the possibility that your Spirit and another’s Spirit, two living people in ‘the waking world,’ could actually connect while in the world of dreams? Don’t be so quick to say it’s impossible…

Whether you believe it or not, the dream world plays an integral role in our waking world. Don’t be so quick to dismiss your dreams and their messages nor those who visit you in the dream world. You might be surprised how those messages can change your life.

I leave you with a poem by Lord Byron. Yes, it’s quite lengthy but its beauty is worth the time to stop and take in.

Our life is twofold; Sleep hath its own world,
A boundary between the things misnamed
Death and existence: Sleep hath its own world,
And a wide realm of wild reality,
And dreams in their development have breath,
And tears, and tortures, and the touch of joy;
They leave a weight upon our waking thoughts,
They take a weight from off waking toils,
They do divide our being; they become
A portion of ourselves as of our time,
And look like heralds of eternity;
They pass like spirits of the past -they speak
Like sibyls of the future; they have power –
The tyranny of pleasure and of pain;
They make us what we were not -what they will,
And shake us with the vision that’s gone by,
The dread of vanished shadows -Are they so?
Is not the past all shadow? -What are they?
Creations of the mind? -The mind can make
Substances, and people planets of its own
With beings brighter than have been, and give
A breath to forms which can outlive all flesh.
I would recall a vision which I dreamed
Perchance in sleep -for in itself a thought,
A slumbering thought, is capable of years,
And curdles a long life into one hour.

I saw two beings in the hues of youth
Standing upon a hill, a gentle hill,
Green and of mild declivity, the last
As ’twere the cape of a long ridge of such,
Save that there was no sea to lave its base,
But a most living landscape, and the wave
Of woods and corn-fields, and the abodes of men
Scattered at intervals, and wreathing smoke
Arising from such rustic roofs: the hill
Was crowned with a peculiar diadem
Of trees, in circular array, so fixed,
Not by the sport of nature, but of man:
These two, a maiden and a youth, were there
Gazing -the one on all that was beneath
Fair as herself -but the boy gazed on her;
And both were young, and one was beautiful:
And both were young -yet not alike in youth.
As the sweet moon on the horizon’s verge,
The maid was on the eve of womanhood;
The boy had fewer summers, but his heart
Had far outgrown his years, and to his eye
There was but one beloved face on earth,
And that was shining on him; he had looked
Upon it till it could not pass away;
He had no breath, no being, but in hers:
She was his voice; he did not speak to her,
But trembled on her words; she was his sight,
For his eye followed hers, and saw with hers,
Which coloured all his objects; -he had ceased
To live within himself: she was his life,
The ocean to the river of his thoughts,
Which terminated all; upon a tone,
A touch of hers, his blood would ebb and flow,
And his cheek change tempestuously -his heart
Unknowing of its cause of agony.
But she in these fond feelings had no share:
Her sighs were not for him; to her he was
Even as a brother -but no more; ’twas much,
For brotherless she was, save in the name
Her infant friendship had bestowed on him;
Herself the solitary scion left
Of a time-honoured race. -It was a name
Which pleased him, and yet pleased him not -and why?
Time taught him a deep answer -when she loved
Another; even now she loved another,
And on the summit of that hill she stood
Looking afar if yet her lover’s steed
Kept pace with her expectancy, and flew.

A change came o’er the spirit of my dream.
There was an ancient mansion, and before
Its walls there was a steed caparisoned:
Within an antique Oratory stood
The Boy of whom I spake; -he was alone,
And pale, and pacing to and fro: anon
He sate him down, and seized a pen, and traced
Words which I could not guess of; then he leaned
His bowed head on his hands and shook, as ’twere
With a convulsion -then rose again,
And with his teeth and quivering hands did tear
What he had written, but he shed no tears.
And he did calm himself, and fix his brow
Into a kind of quiet: as he paused,
The Lady of his love re-entered there;
She was serene and smiling then, and yet
She knew she was by him beloved; she knew –
For quickly comes such knowledge -that his heart
Was darkened with her shadow, and she saw
That he was wretched, but she saw not all.
He rose, and with a cold and gentle grasp
He took her hand; a moment o’er his face
A tablet of unutterable thoughts
Was traced, and then it faded, as it came;
He dropped the hand he held, and with slow steps
Retired, but not as bidding her adieu,
For they did part with mutual smiles; he passed
From out the massy gate of that old Hall,
And mounting on his steed he went his way;
And ne’er repassed that hoary threshold more.

A change came o’er the spirit of my dream.
The Boy was sprung to manhood: in the wilds
Of fiery climes he made himself a home,
And his Soul drank their sunbeams; he was girt
With strange and dusky aspects; he was not
Himself like what he had been; on the sea
And on the shore he was a wanderer;
There was a mass of many images
Crowded like waves upon me, but he was
A part of all; and in the last he lay
Reposing from the noontide sultriness,
Couched among fallen columns, in the shade
Of ruined walls that had survived the names
Of those who reared them; by his sleeping side
Stood camels grazing, and some goodly steeds
Were fastened near a fountain; and a man,
Glad in a flowing garb, did watch the while,
While many of his tribe slumbered around:
And they were canopied by the blue sky,
So cloudless, clear, and purely beautiful,
That God alone was to be seen in heaven.

A change came o’er the spirit of my dream.
The Lady of his love was wed with One
Who did not love her better: in her home,
A thousand leagues from his, -her native home,
She dwelt, begirt with growing Infancy,
Daughters and sons of Beauty, -but behold!
Upon her face there was a tint of grief,
The settled shadow of an inward strife,
And an unquiet drooping of the eye,
As if its lid were charged with unshed tears.
What could her grief be? -she had all she loved,
And he who had so loved her was not there
To trouble with bad hopes, or evil wish,
Or ill-repressed affliction, her pure thoughts.
What could her grief be? -she had loved him not,
Nor given him cause to deem himself beloved,
Nor could he be a part of that which preyed
Upon her mind -a spectre of the past.

A change came o’er the spirit of my dream.
The Wanderer was returned. -I saw him stand
Before an altar -with a gentle bride;
Her face was fair, but was not that which made
The Starlight of his Boyhood; -as he stood
Even at the altar, o’er his brow there came
The selfsame aspect and the quivering shock
That in the antique Oratory shook
His bosom in its solitude; and then –
As in that hour -a moment o’er his face
The tablet of unutterable thoughts
Was traced -and then it faded as it came,
And he stood calm and quiet, and he spoke
The fitting vows, but heard not his own words,
And all things reeled around him; he could see
Not that which was, nor that which should have been –
But the old mansion, and the accustomed hall,
And the remembered chambers, and the place,
The day, the hour, the sunshine, and the shade,
All things pertaining to that place and hour,
And her who was his destiny, came back
And thrust themselves between him and the light;
What business had they there at such a time?

A change came o’er the spirit of my dream.
The Lady of his love; -Oh! she was changed,
As by the sickness of the soul; her mind
Had wandered from its dwelling, and her eyes,
They had not their own lustre, but the look
Which is not of the earth; she was become
The queen of a fantastic realm; her thoughts
Were combinations of disjointed things;
And forms impalpable and unperceived
Of others’ sight familiar were to hers.
And this the world calls frenzy; but the wise
Have a far deeper madness, and the glance
Of melancholy is a fearful gift;
What is it but the telescope of truth?
Which strips the distance of its fantasies,
And brings life near in utter nakedness,
Making the cold reality too real!

A change came o’er the spirit of my dream.
The Wanderer was alone as heretofore,
The beings which surrounded him were gone,
Or were at war with him; he was a mark
For blight and desolation, compassed round
With Hatred and Contention; Pain was mixed
In all which was served up to him, until,
Like to the Pontic monarch of old days,
He fed on poisons, and they had no power,
But were a kind of nutriment; he lived
Through that which had been death to many men,
And made him friends of mountains; with the stars
And the quick Spirit of the Universe
He held his dialogues: and they did teach
To him the magic of their mysteries;
To him the book of Night was opened wide,
And voices from the deep abyss revealed
A marvel and a secret. -Be it so.

My dream is past; it had no further change.
It was of a strange order, that the doom
Of these two creatures should be thus traced out
Almost like a reality -the one
To end in madness -both in misery. 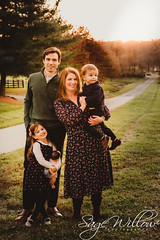 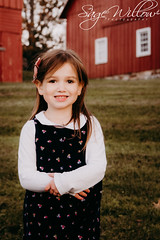